The Power and the Cost of Blying

In my work, I develop, apply, and teach statistical methods. I have helped manufacturers, hospitals, biologists, voting systems, and an airline company to gather and interpret data. In virtually every case, a variety of beliefs or conjectures guided our initial inquiries. Then data were collected, and the facts were determined. Beliefs were realigned to follow the facts and people benefited from data-driven decision-making.

Much attention has focused on the tendency among high-level members of the presidential administrations to persist in beliefs at variance with facts, a practice that is acknowledged even by other members of that administration (Krugman, 2020). Dick Cheney, for example, continued for a long time to view the Iraq war as an “enormous success” and to express that view at every opportunity, causing frustration even among other Bush aides who have made off-the-record comments about “creating their own reality.” A Newsweek poll in 2006 —- suggested that 67% of citizens felt the president is influenced more by “personal beliefs” than established facts. This nonfactual thinking has become a matter of curiosity and comment. How is it possible not only to hold false beliefs but to promulgate them widely? Is this something that we, the public, should simply be amused by, or is it cause for concern?

Let me first introduce a term of my 2006 invention: “blying”. I define this word to mean saying something that the bliar believes to be true notwithstanding the absence of support and indeed in the face of compelling evidence to the contrary. It is a term intended to give the benefit of the doubt to the bliar on the question of belief and in that way to come up short of an accusation of lying. In the Seinfeld episode “The Beard”, the George character tells Jerry, “It is not a lie if you believe it.”

Generally, blying offers benefits to the bliar or to the person to whom the blie is directed. Take, for example, supply side economics — the theory that lower tax rates promote so much growth that they more than pay for themselves. In the last 50 years, the top tax rate dropped from 91% to 35%. Figure 1 shows a graphic representation of the history of both tax rates and economic growth rates. 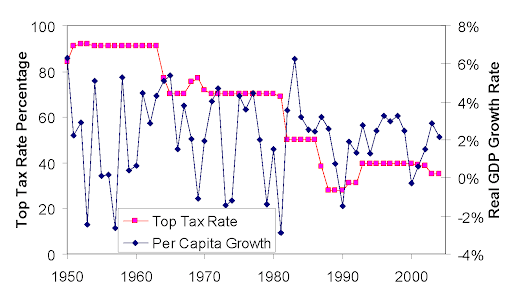 Figure 1. The history of the top income taxation rate and economic growth in the USA at the time when the concept of blying was invented. The country had done an expensive experiment, and many were willfully ignorant of that fact.

I am not an economist, yet it seems apparent to me from the graph that that there is no obvious relationship between marginal tax rates and the pace of economic growth. If tax rates are very high, cutting them could, in theory, not only encourage more risk taking and work effort but also less tax avoidance thereby leading to increased revenues and economic efficiency. But marginal rates have been relatively low in recent decades and no effect is apparent from the data. Over the period from 1950, the sample correlation between the yearly growth rates and the tax rate is a trivial +0.01.

What is clear, however, is that the rate reduction helped the rich get richer (Figure 2). Consider a plot of the percentage of income received by earners in the top 5% of the income distribution as derived from Census Bureau data. A commonly cited figure is that in 1998 the top 5% of earners owned 59% of the country’s private wealth. That percentage has likely grown to around 65%, making the United States by far the most unequal industrialized country. Common sense suggests that the tax rate reduction itself accounted for at least a sizeable part of the increase in inequality. 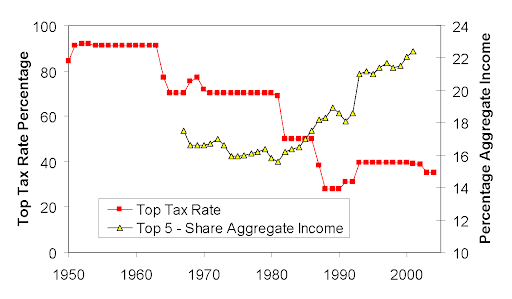 Figure 2. More of the economic history at the time of the invention of the blying concept.

This brings us back to the bliars at the “Club for Growth” and the Cato Institute. It is not clear that any amount of evidence will ever change minds in these circles. Clearly, the belief that cutting tax rates increases government tax revenues well serves the perceived interests of their constituents. Step 1, convince oneself that lowering taxes will increase revenues: Step 2, with the persuasive force of your own convictions, blie to others to convince them of the benefits of cutting tax rates.

The result has been public debt exceeding $20 trillion dollars and no realistic plan for retiring it. Consider that a substantial fraction of that deficit is still owed to people here at home among them many in the top 5% of the income distribution. In a real sense, money that, absent tax cuts, would have been taken in taxes from top earners instead helped create a recurring budget deficit that was financed in part by borrowing the money back from these top earners, with interest.

What we might conclude from this example is that blying, as practiced by those in high places, is far from a harmless diversion. Public ignorance or indifference can give politicians the freedom to believe whatever most benefits them and their major supporters. On-going research into the theory and practice of blying might provide insight into ways to curb this pernicious form of self- and public delusion. Yet, bliars are limited by what the public is willing to believe. Educating ourselves as a people is likely the only way to reduce the maneuvering room for blying politicians. We need to diagnose the situation before our pressing problems—both at home and abroad—become critically serious.